After a brief bounce this morning, the SPX has since followed through lower as suggested, now below the June low for a proper c-wave. Price has already reached the minimum target for wave c of 4 in the bullish blue count, but the subwave structure up to this point is not suggestive of a bottom yet, since it seems that a 4th and 5th wave are still needed.

Therefore, it looks likely that the lower targets between 2056.50 - 2038.50 will be reached even in the bullish blue count, with an interim bounce in wave (iv) this week before reaching there. Exact resistance for the wave (iv) bounce will depend on where wave (iii) completes, but for now the dotted uptrend line that was recently broken is a good place to start.

As mentioned this morning, if the more bearish red count is playing out instead, and we've already topped in primary wave 3 and are heading back near the October low in Primary wave 4, it will likely follow the same general path as the blue count, but the resulting bounce after this c-wave completes will only be corrective instead of reaching a new swing high. The red count can also extend further in the near-term in its respective c-wave than the blue target box, whereas I am only willing to give the blue count up to 2038 before assuming that we are in primary wave 4. 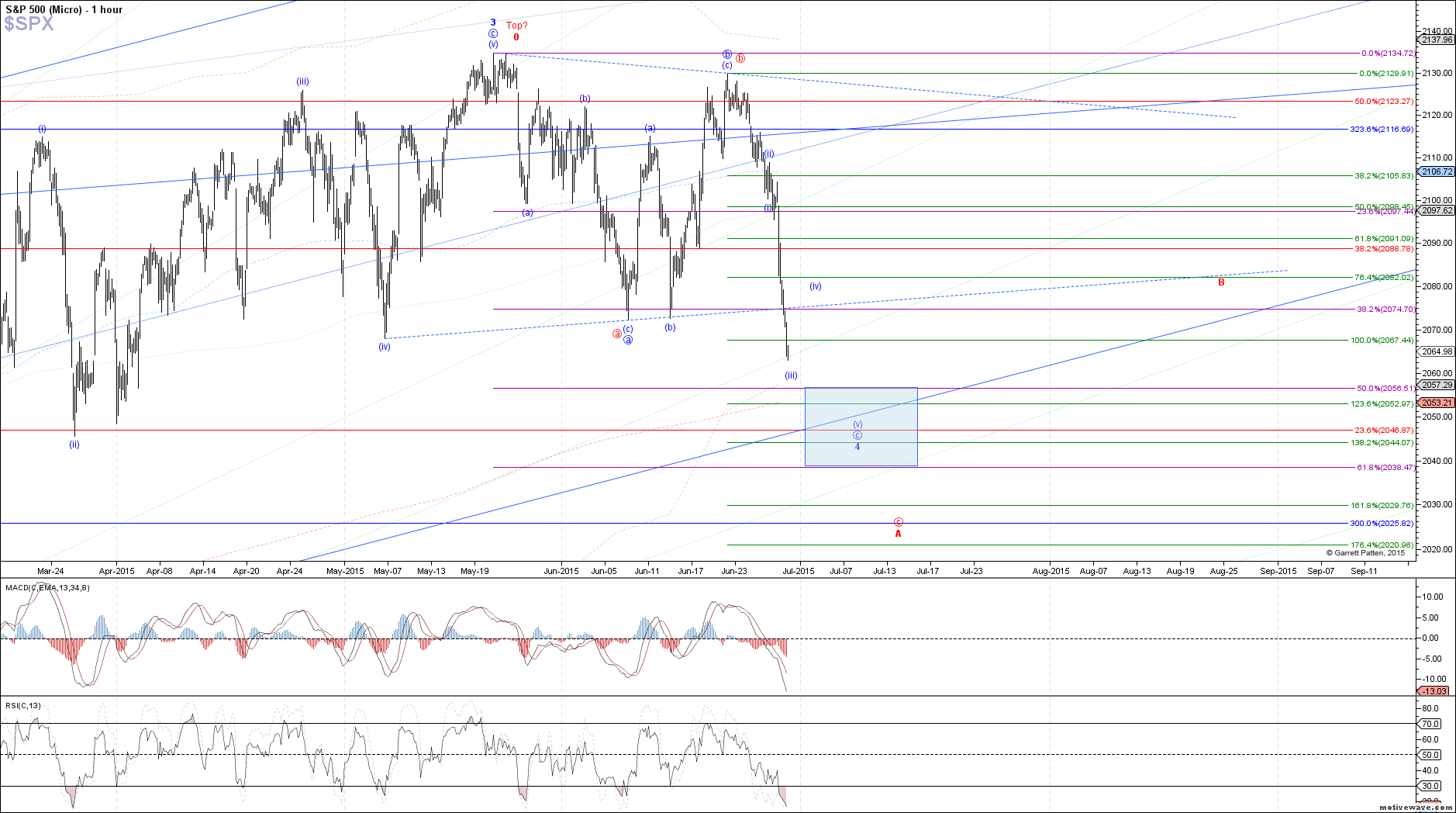