Alternatively if price fails to break out over 2117.75 its always possible ES is still in wave iv of (iii) as a more complex wave iv (either a flat or a triangle) but as long as price holds over 2105 the immediate setup is for higher. 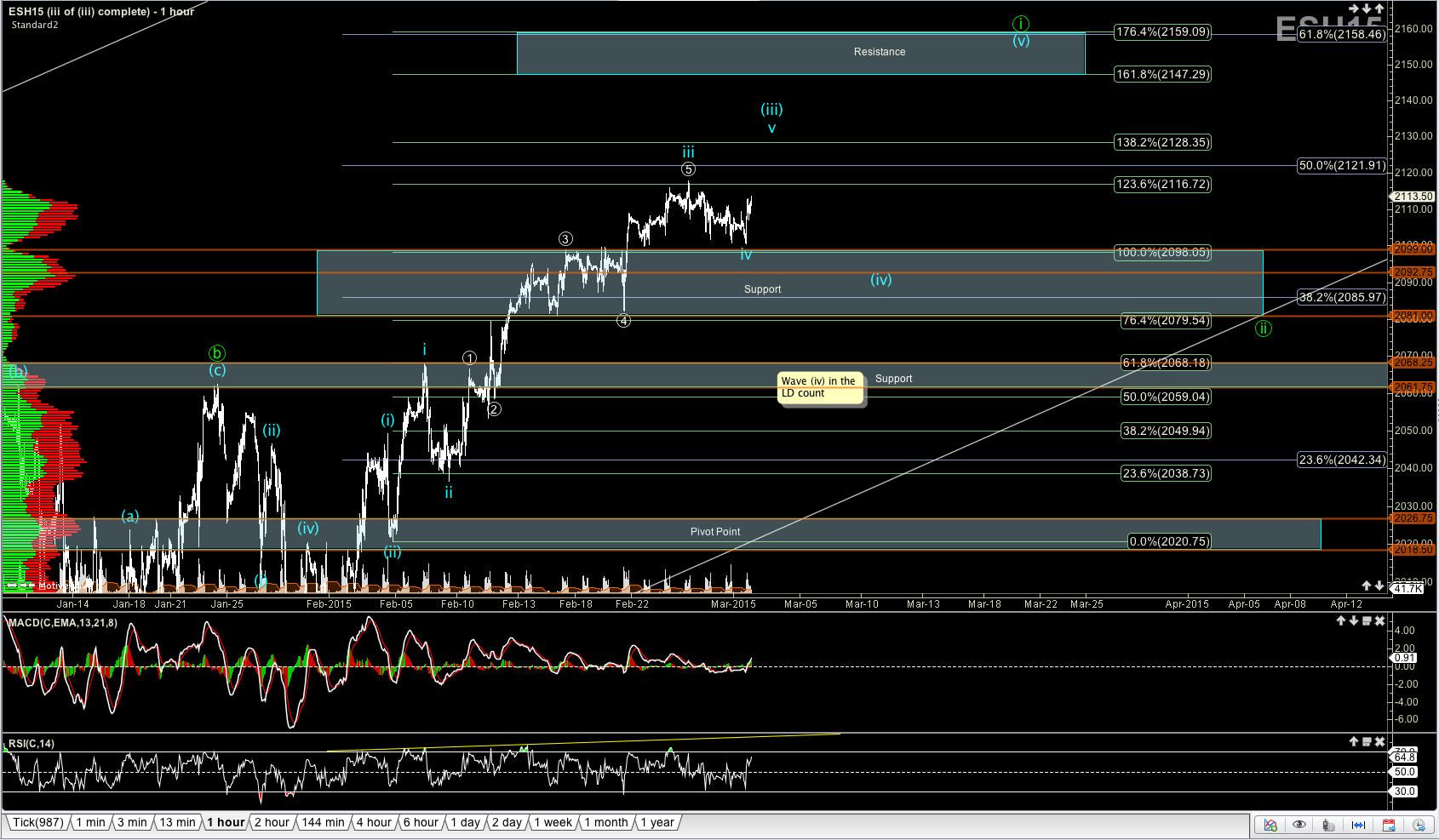 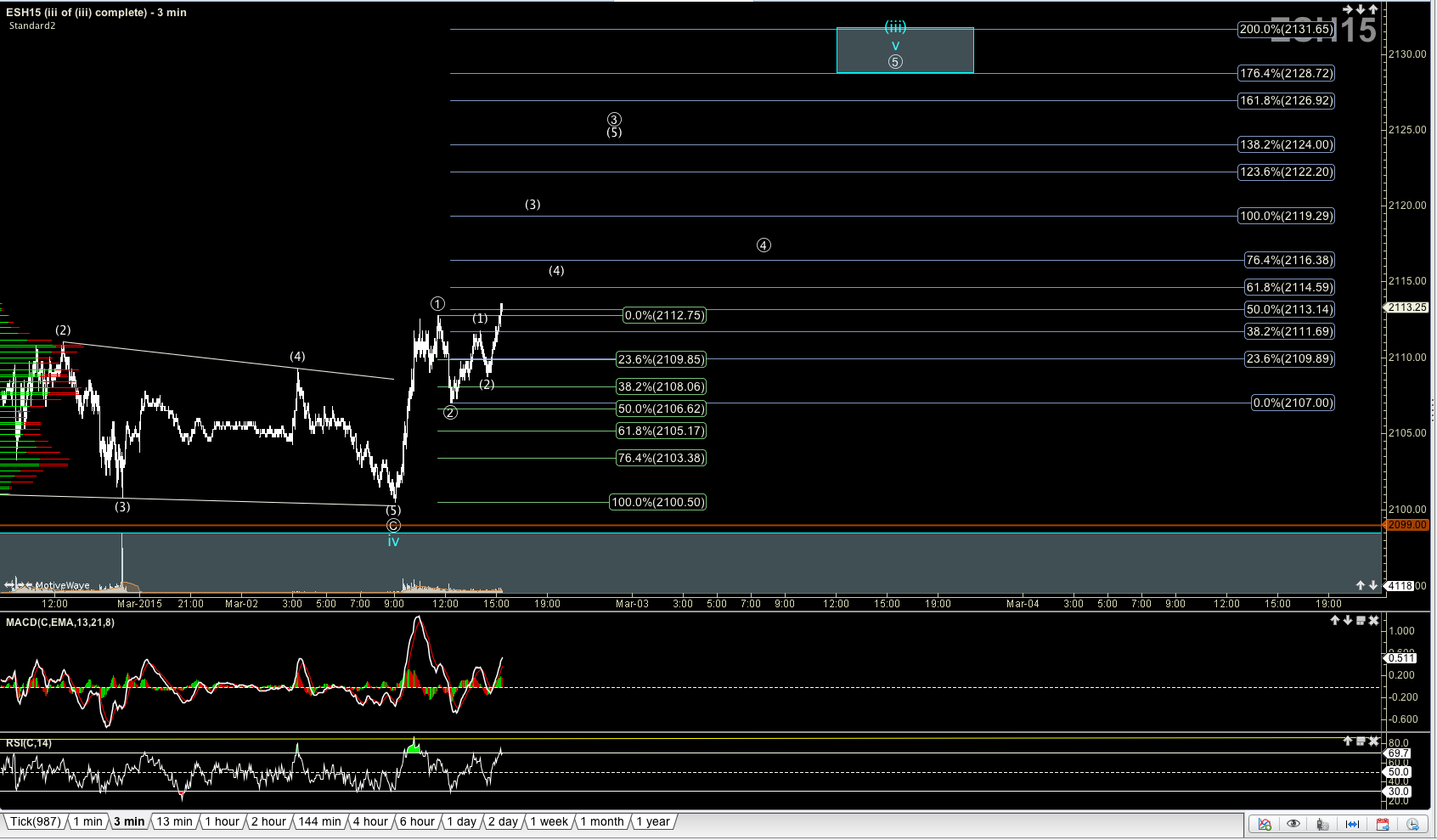 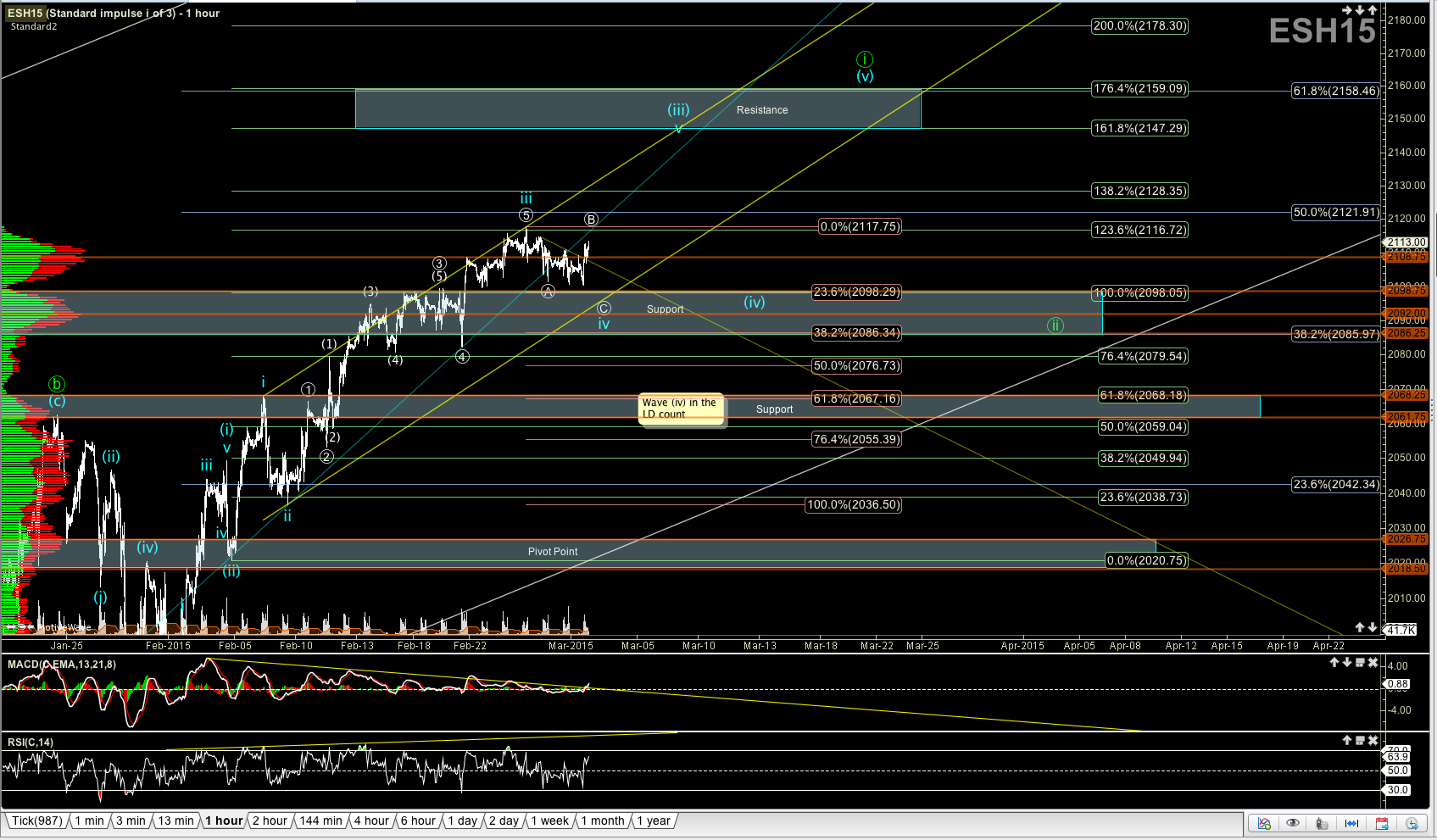 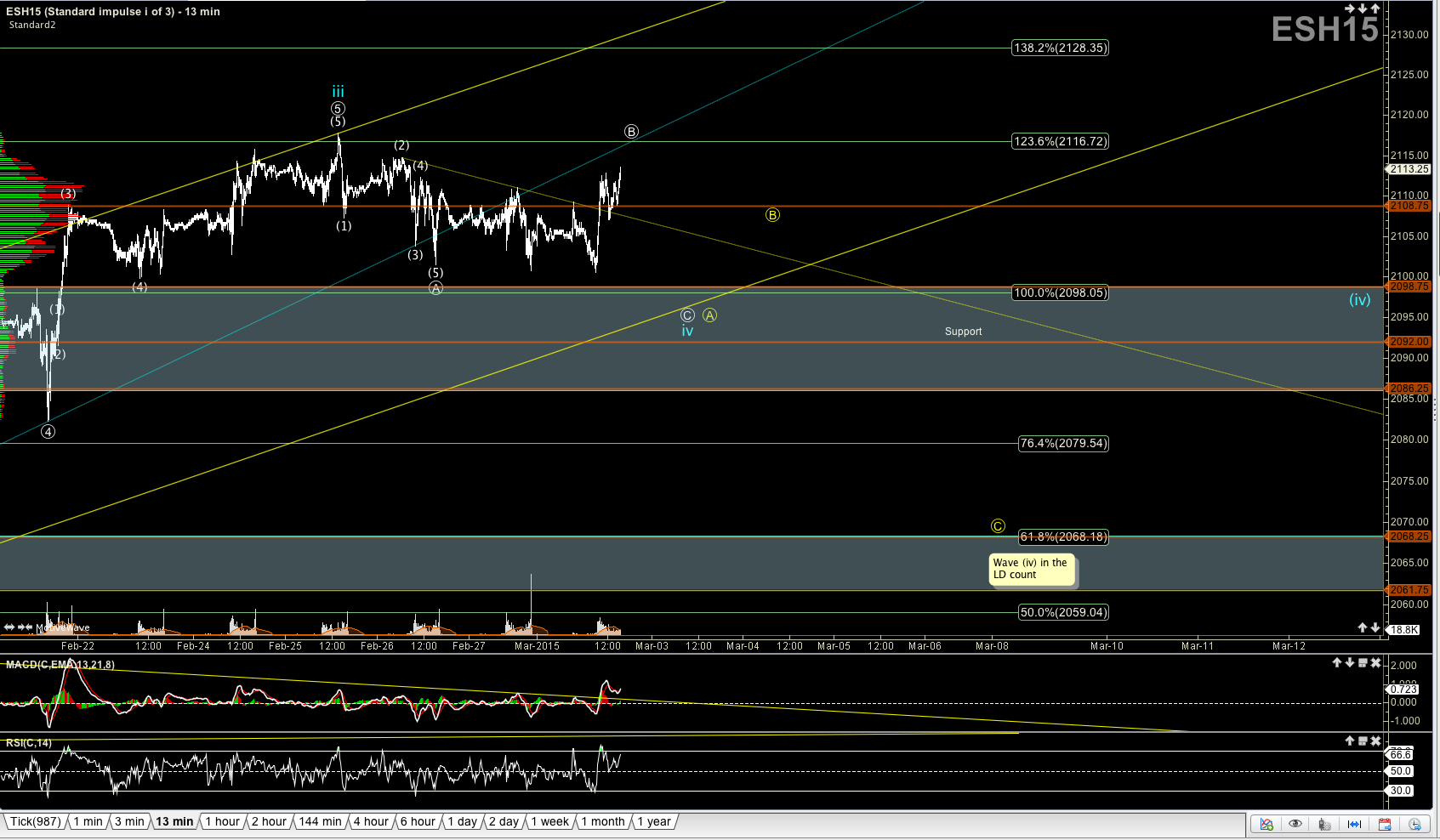