After clearing the two resistance levels cited this morning, 1949.50 and 1953.25 ES, the door was opened to some more immediately bullish possibilities as noted. The most likely potential I sent out in an alert as a possible wave (v) of an ending diagonal that started from the September low, targeting roughly 2000. This count is shown on my chart in red currently, where price should be in a c-wave of wave (v).

Until last week's high is taken out though, the triangle potential presented by the blue count remains valid, but a break below 1956 ES would be needed before probabilities start to shift back in favor of that path. It is even possible that we are only in wave (iii) of an ending diagonal c-wave, that would end up targeting 2045 overall, shown in green.

Bottom line is that due to the corrective and messy nature of the wave structures that we have been seeing, a number of potential counts are possible, without a clear edge for any specific one. Because of this, I personally have not had any strong desire to trade the indexes until a more confident setup emerges, despite fear of missing out. 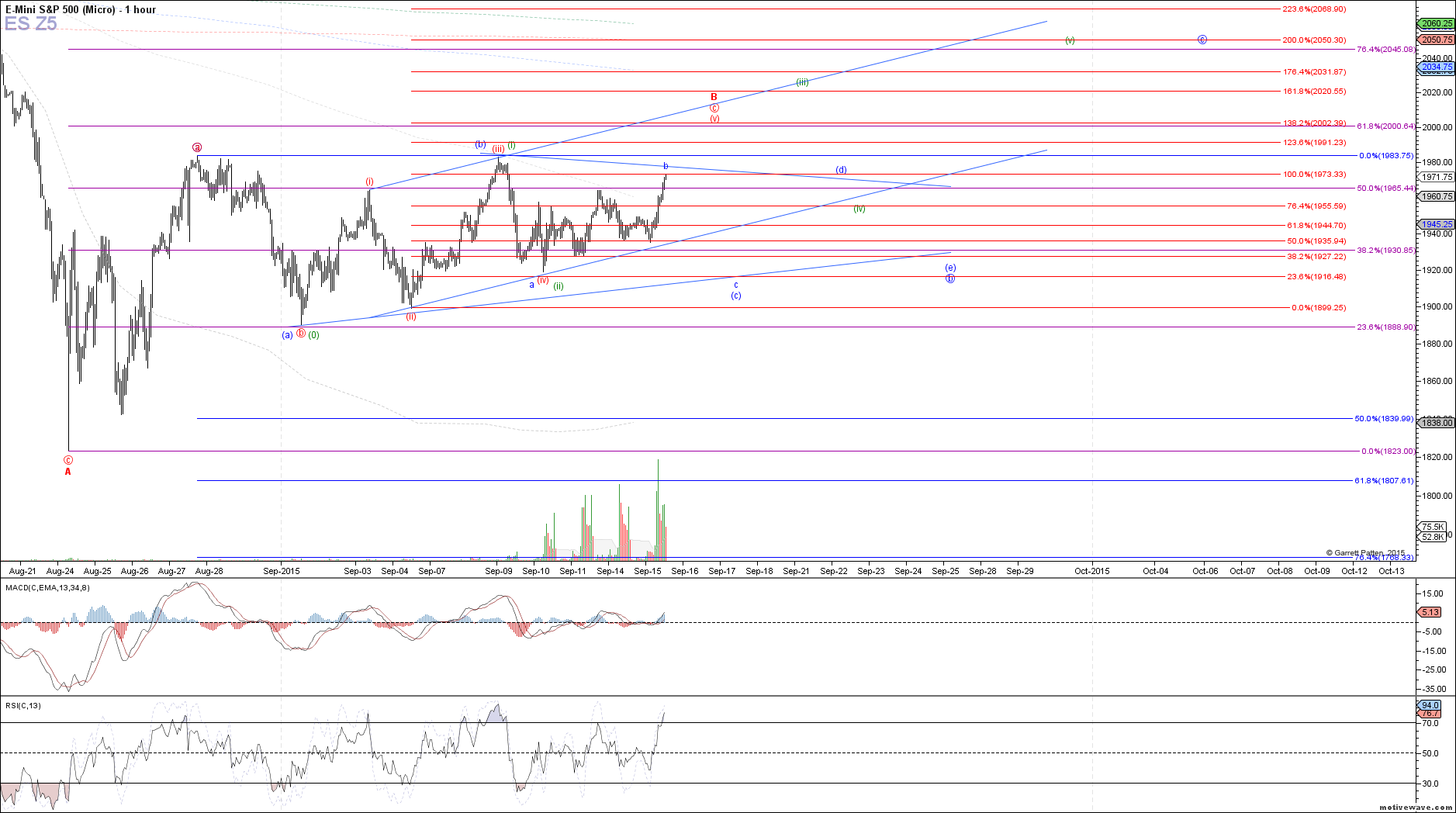