The market pressed higher again today, even slightly exceeding the prior high made in July before curling back down into the close. Despite this extension, the structure off last week's low continues to look like 5 waves up near completion, counting either as wave C of the expanded flat b-wave shown in blue or wave i of (c) shown in red if last week's low was the actual bottom of the (b)-wave.

Either way, both potentials still support a local top approaching for at least a consolidation in red wave ii if not the full c-wave back down to last week's low in blue. A break below the low made earlier today at 2847 ES is needed as the initial indication of a local top in place, followed by a break of 2845 as the next level of confirmation. At that point, a standard .382 - .618 retrace would be the initial target support for red wave ii, projected at roughly 2830 - 2815 currently. 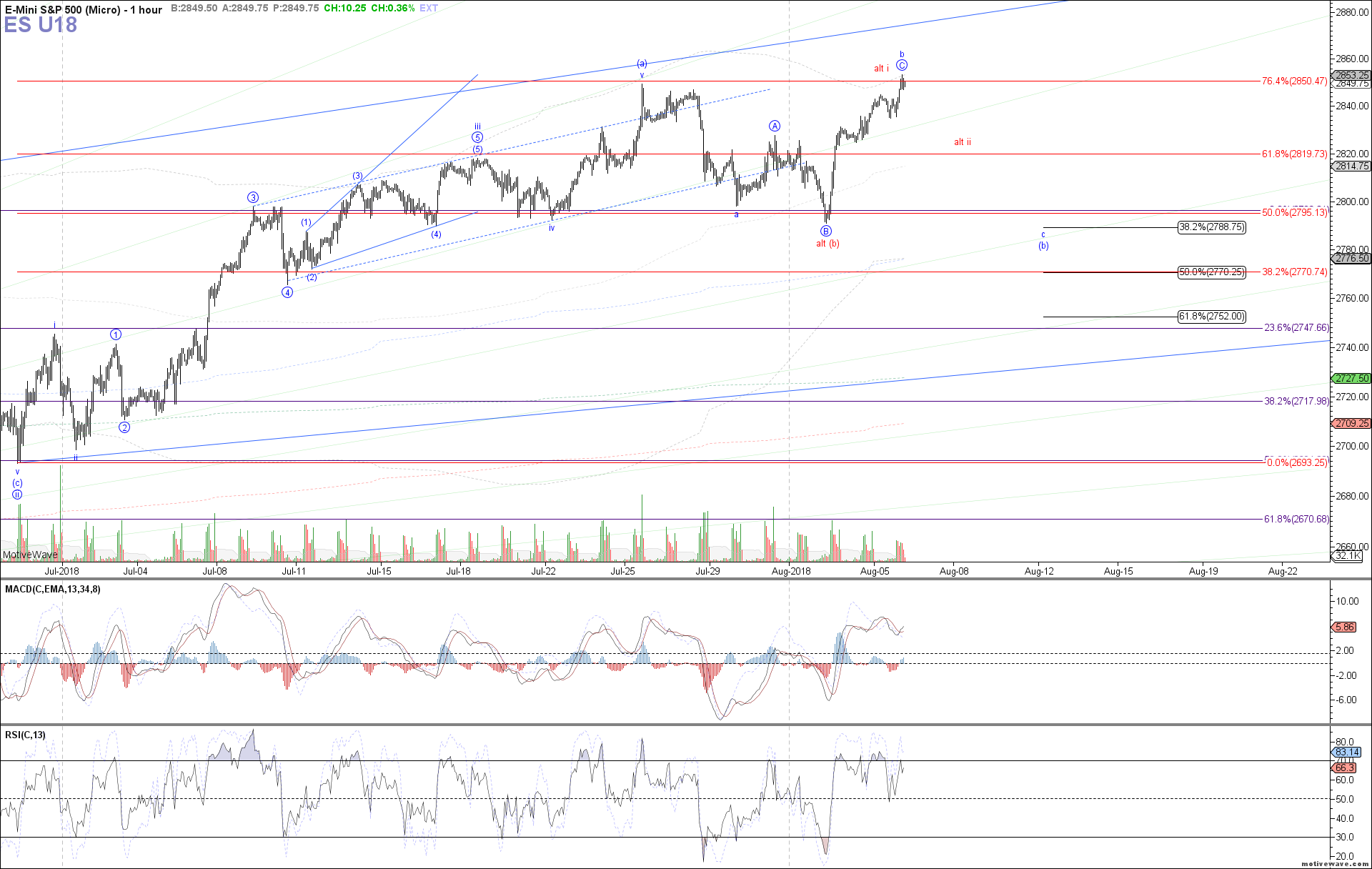 ES U18 - Micro - Aug-06 1222 PM (1 hour)
Garrett Patten is a senior analyst at ElliottWaveTrader covering both U.S. and international equity indices as well as stocks.