After a retest of the overnight high this the morning, the market eventually rolled over in the afternoon, looking to end the day red going into the close now.

While the bearish setup as a i-ii start to blue wave C remains valid still (albeit holding on by a thread), we cannot assume downside follow through as the start to wave iii until at least some support breaks. The first level of support that needs to be taken out is last Friday's low at 2975. If that is accomplished, then the next big test will be the blue support band between 2960 - 2940 before momentum to the downside would likely pick up.

Until then, all pullbacks are just as likely to be corrective, setting up further upside in the red count as the bullish alternative. If price has already topped in the red wave A of iii, then I would look toward the blue support band as ideal support to hold as wave B of iii. I wouldn't be surprised to see some stops taken out above the September high first before red wave A tops though. 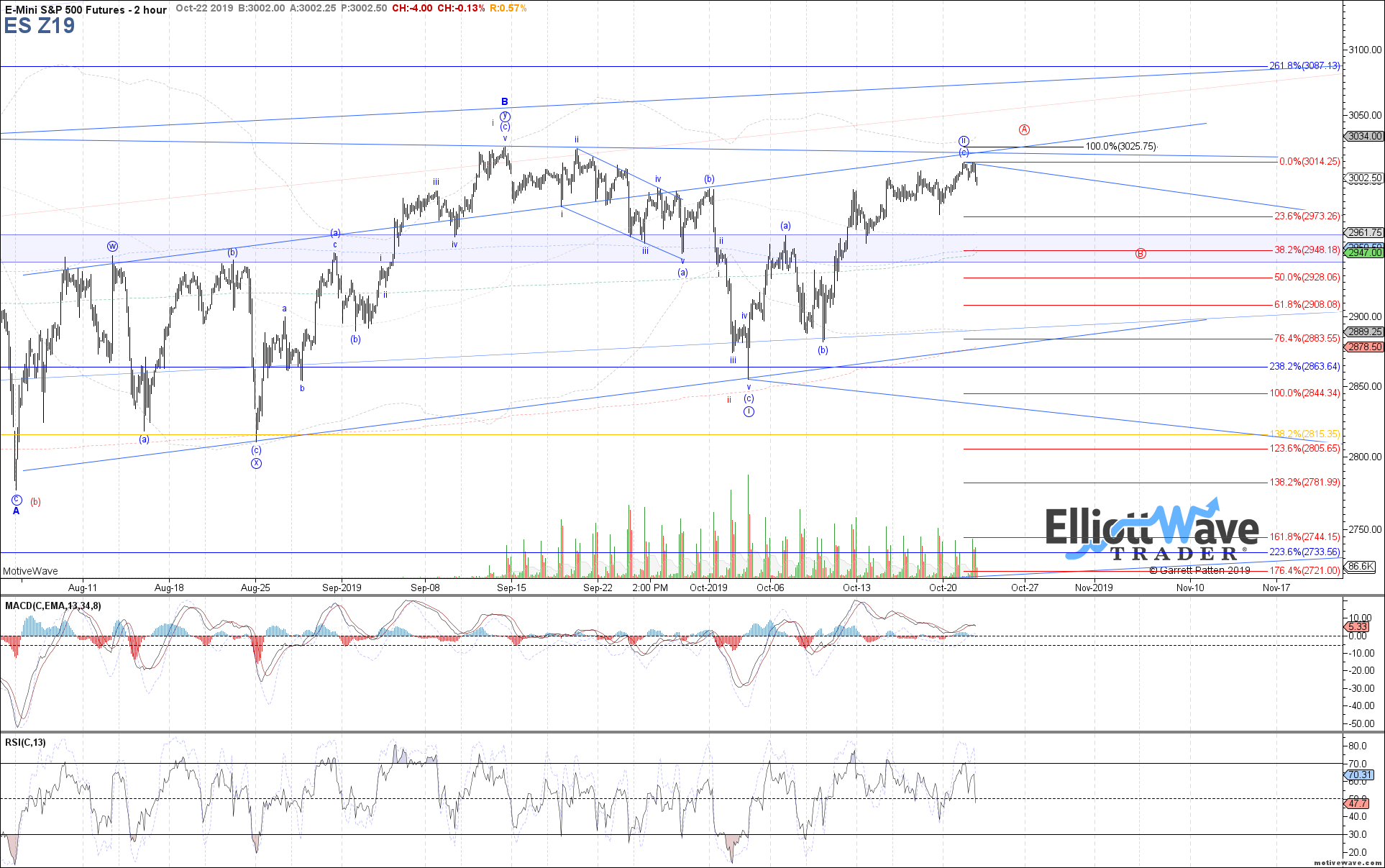