The market spent the majority of the day consolidating sideways after the initial gap up this morning, staying below Friday's high so far. While I would have preferred to see more direct follow through to the 2151.50 - 2158.50 target region above under the red count as wave C of iv, that path remains more than valid still.

However, because price did choose to pause in this region, which does seem odd in the red C-wave, it made me take another look at the blue count, where a pause and consolidation here would make sense. That is because price reached the .618 extension at today's high, which is where a wave 1 of iii typically targets. That means that the consolidation this afternoon could be a wave 2 of iii in the blue count, with support between 2137 - 2132.

Therefore, as long as we are above 2132 I am going to expect more near-term upside, at least to reach the 2151.50 - 2158.50 SPX target region above for wave C of iv in the red count, if not more than that in the blue count. Otherwise, below 2132 and odds shift in favor of something more immediately bearish as red wave v already in progress, heading to the 2106.50 - 2090 target below sooner rather than later. 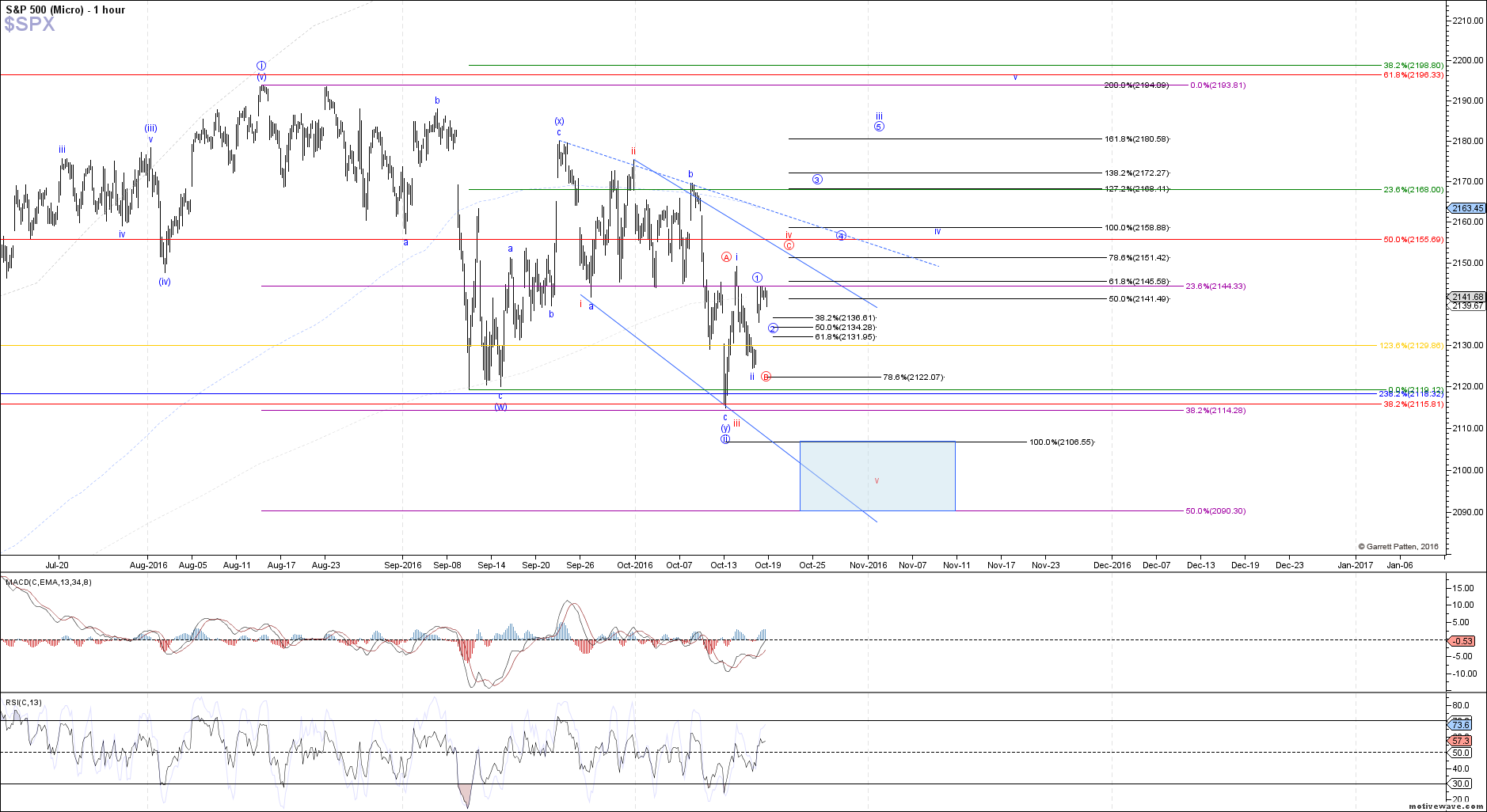