The market rallied into the afternoon today, using the FED minutes as an excuse to pop up and tag the 2145 SPX resistance that was cited this morning. As long as price remains below that level, the more direct path down to the September low as a (y)-wave in the blue count remains valid. Under that path, today's bounce would count as a 4th wave in blue wave c of (y), now starting a 5th wave down to the September low.

Otherwise, above 2145 SPX opens the door to the less direct path down to the September low shown in red, where price is currently bouncing in wave iv of an ending diagonal (c)-wave, which would take us up to the top end of the down trend channel around ~2160 SPX before completing.

Either way, with the breakdown to a new low on the month yesterday confirming that wave ii was not complete yet, we should at least retest that September low one more time before another potential bottom in wave ii is possible again. 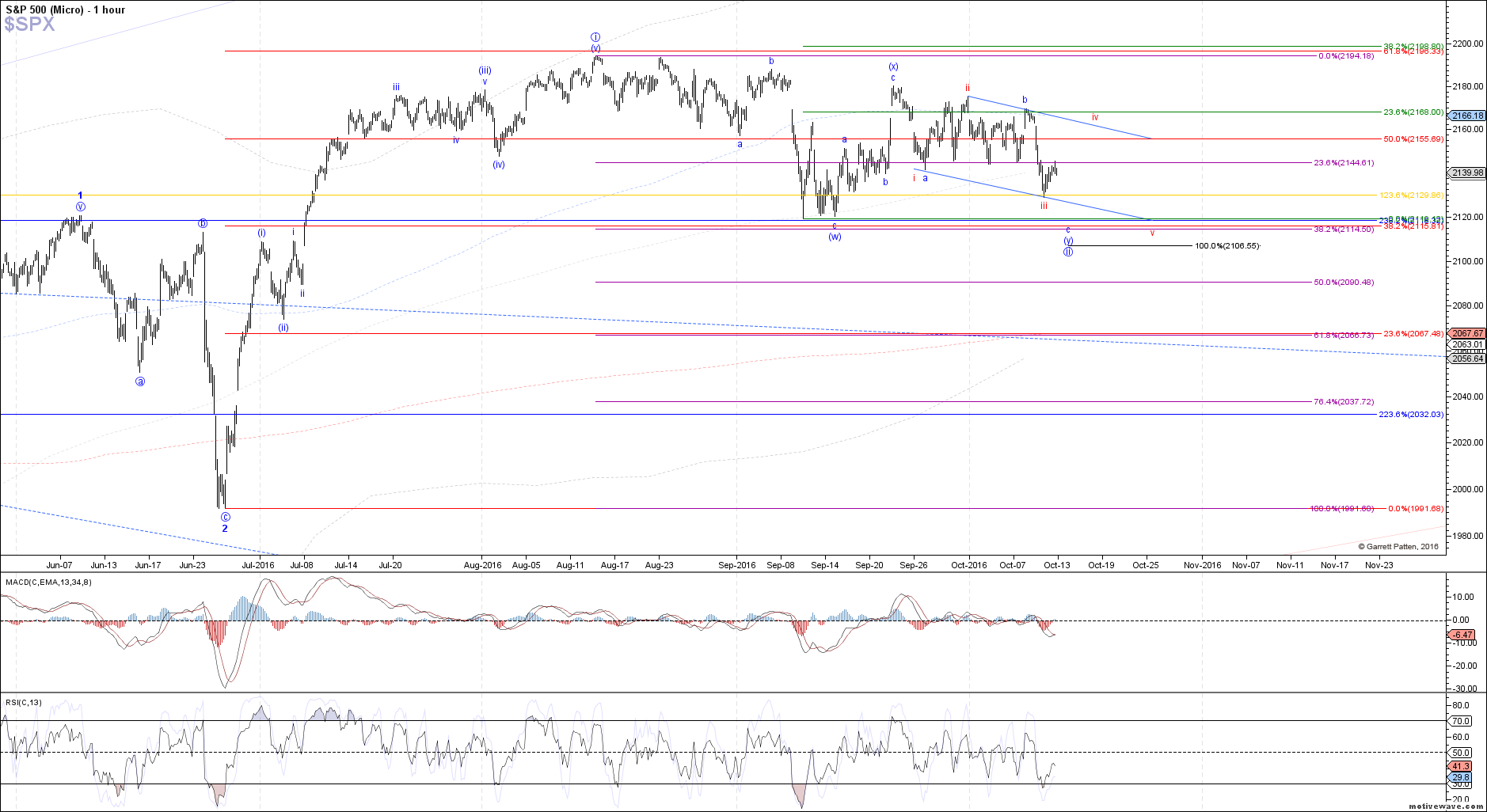