Today was relatively quiet as an inside day, but we did learn that price did not take advantage of the opportunity for an immediate drop lower in wave C of b already. That suggests that we can still see higher in wave B of b, with 2365 SPX as the next fib resistance above. As long as the price structure off yesterday's low remains corrective though, another drop in wave C of b will be expected before exceeding last week's high.

With all the recent chop, I think a portion of Avi's weekend update deserves repeating: "... 4th waves are the most variable of the 5-wave Elliott Wave structure, as they develop in an a-b-c corrective pattern. Moreover, b-waves within the 4th wave are usually the most unpredictable segment of the 4th waves, and the rally we began early this past week has likely kicked off our b-wave." 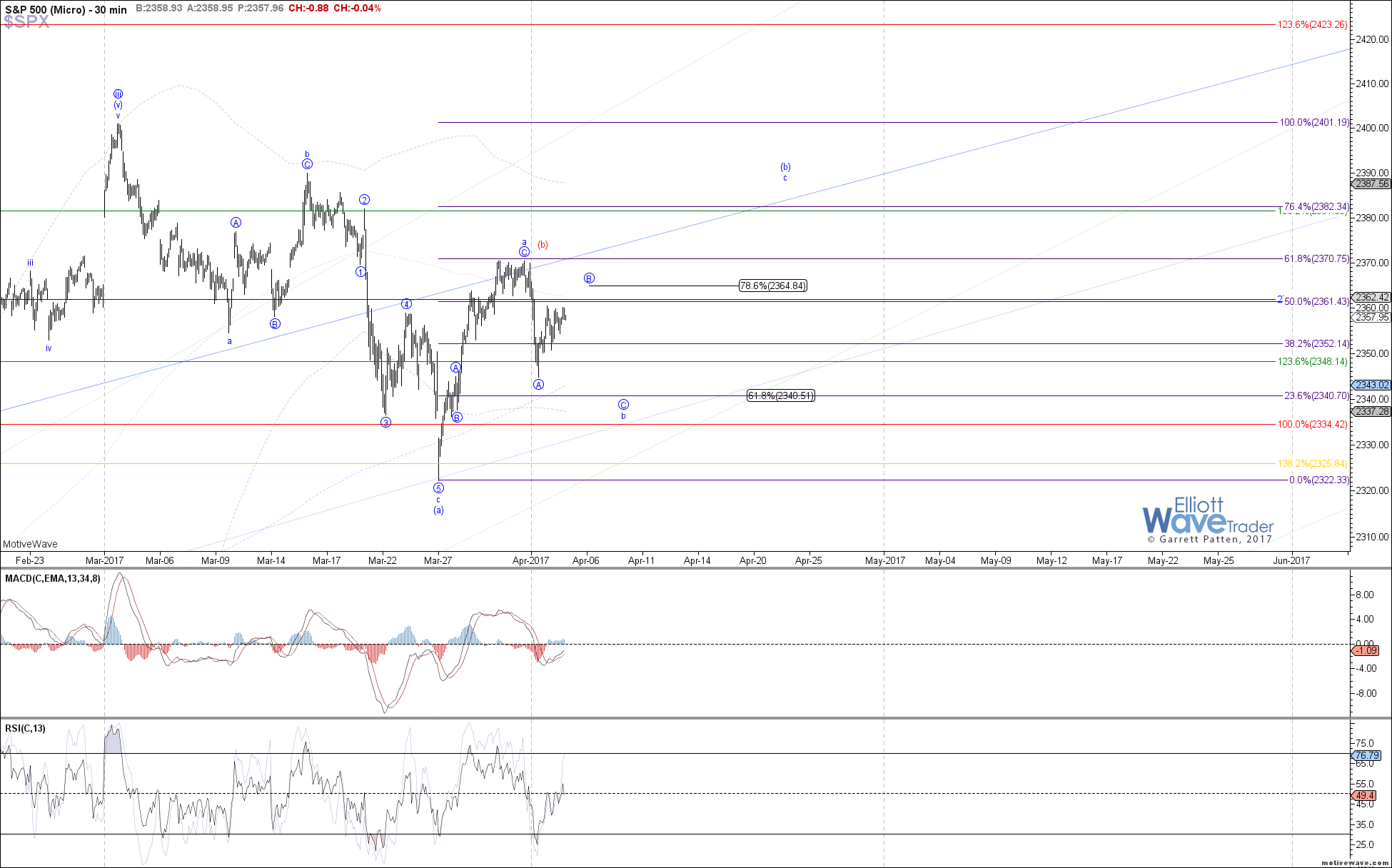