The reversal from today's high in the SPX broke below support cited for the standard impulse count as red wave (v), leaving us instead with a possible ending diagonal. There is a potential abc down from the HOD to complete wave ii of the ending diagonal 5th in the red count, but it also possible to interpret the decline as 5 down, so tentative for now. We likely won't know our answer until tomorrow, but as long as today's low holds my preference remains seeing a little higher in red wave (v) to complete wave i of 3 off the February low. Until then, the blue count will remain on the chart as a viable option. 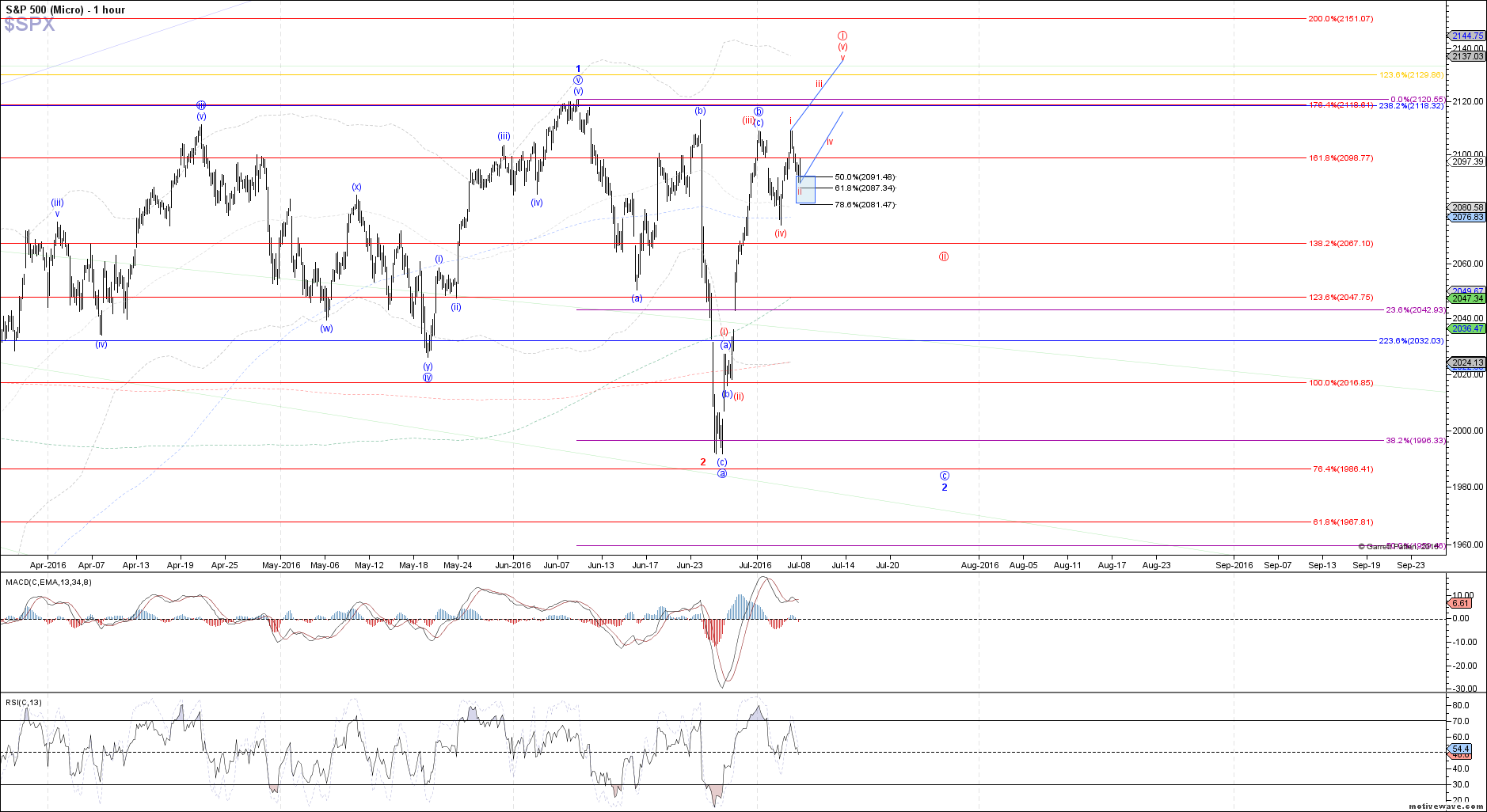