The market traded lower again today, failing to follow through with the potential bullish setup that we had going into the open this morning. Our warning sign that the setup had failed and that new lows were likely was when the pre-market low at 2882 broke.

Price has since extended down to the next fib support at 2872, which is a .382 retrace of the move up off the August 15th low. With the depth of this pullback now, it counts better as wave b of (y) shown in blue, keeping the same 2946 - 2978 SPX target for wave c of (y) as before. A more bullish interpretation would be that this pullback is wave ii of a much larger (c)-wave shown in red, but for now I am leaning toward the more conservative of the two scenarios.

Either way, we still need more confirmation off today's low that a bottom has been struck, starting with a micro 5 waves up off the low and a break back above the high seen this morning at 2893. Until then, 2859 SPX is the next support below as a .500 retrace if a little more near-term downside is needed first. 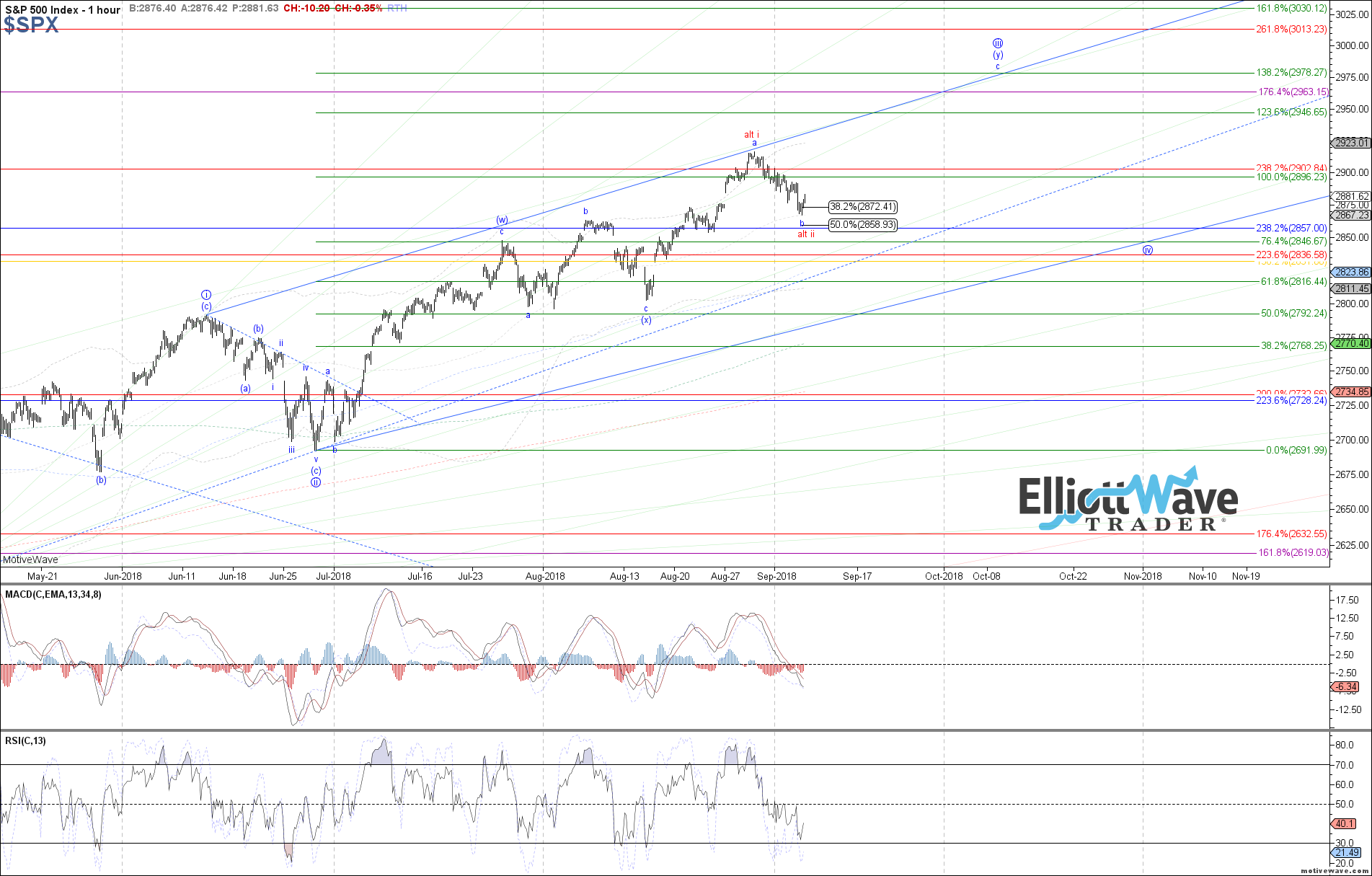