Despite the early strength this morning, the market failed to break out directly to a new high, instead taking the larger consolidative path as wave 4 still in progress. After today's trading, the price pattern suggests that wave 4 is taking shape as a triangle now, with today's low completing wave (C) of the triangle.

Under that assumption, price should bounce from here as wave (D) of the triangle, targeting 2848 - 2853 ES in 3 waves as an ABC. Otherwise, if price turned directly back below today's low then it would need to hold above yesterday's low for the triangle to remain valid, or it would turn back into a flat structure with 2832 ES as the next support.

In the event that price breaks out directly toward a new high from here instead of consolidating sideways longer in the blue triangle, the red count would come into play instead as wave (C) of 5 in an ending diagonal. Despite the multitude of potential near-term paths, the bottom line is that as long as 2832 ES holds, another high from here will be expected with 2864 - 2874 ES as the target above. 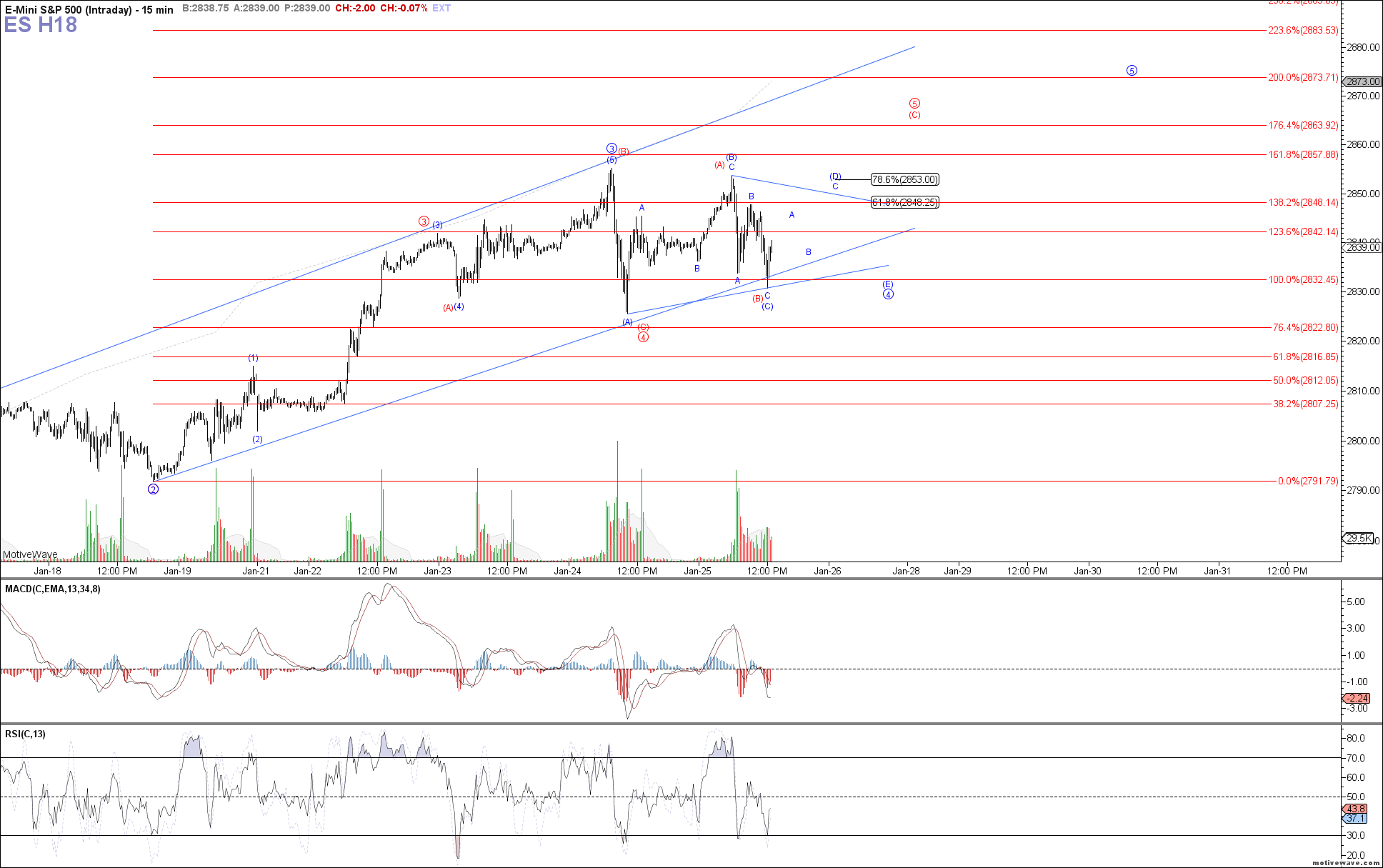