The market pulled back today, retracing a bit more than 61.8% of the move up off Monday's low. Therefore, we are at a clear inflection point where price will decide between continuing immediately higher under the standard impulsive blue count off the March low, or attempting a deeper pullback as wave b of 3 under the leading diagonal red count off the March low.

If the more immediately bullish blue count as a standard impulse is going to remain in control, then price should hold above today's low and continue back above 2810 from here to place odds in favor of a direct breakout toward new highs on the month and continuing on toward ~2920 next as wave iii of (iii).

Otherwise, a break below today's low at 2751, and especially below Monday's low at 2711 shifts probabilities in favor of the red leading diagonal off the March low instead, and a deeper pullback as wave b of 3. In that event, 2677 - 2577 becomes support that should hold before turning back up again in wave c of 3, with the .500 retrace at 2627 exhibiting the best fib confluence as target support.

In either case, I remain bullish overall and view a bottom in place, with these two potential paths just being a variation of how price will fill out 5 waves off the March low. 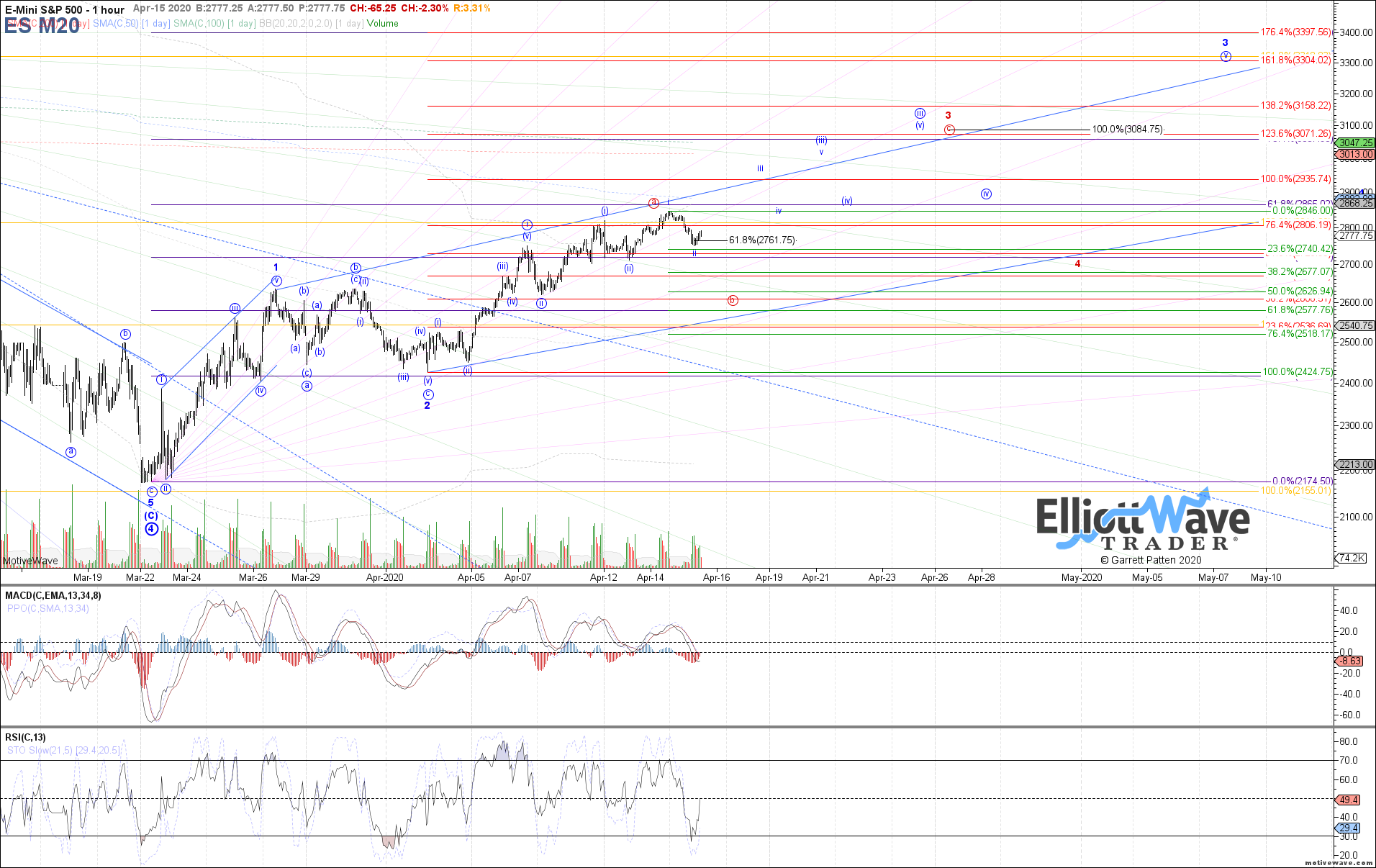