The SPX continues to follow the bullish script so far, finding support near Friday's low this morning and then turning strongly back up toward a new high. Based on this action I think that we can safely conclude that our consolidation as either wave (ii) of c in the blue count or wave b of (i) in the green count has completed.

Price is now close to reaching the target for wave i of (iii) in the standard impulse blue count, around 2104.75 SPX. If we pause between here and there for a brief consolidation as wave ii, then odds will favor another strong move heading to 2130.50 SPX next as blue wave iii of (iii). Otherwise, if price continues to extend in this rally off today's low, reaching 2110.75 - 2120.50 SPX instead without a consolidation in blue wave ii first, then it would be more supportive of the green count and price finishing off wave c of (i) for an ending diagonal c-wave. The green count would then be followed by a larger pullback as wave (ii) before resuming higher.

As for the bearish red count, it would follow a very similar path as the green count, but instead of holding support where green wave (ii) should bottom, it would break down to a new swing low instead. For now I am leaning toward the blue path. 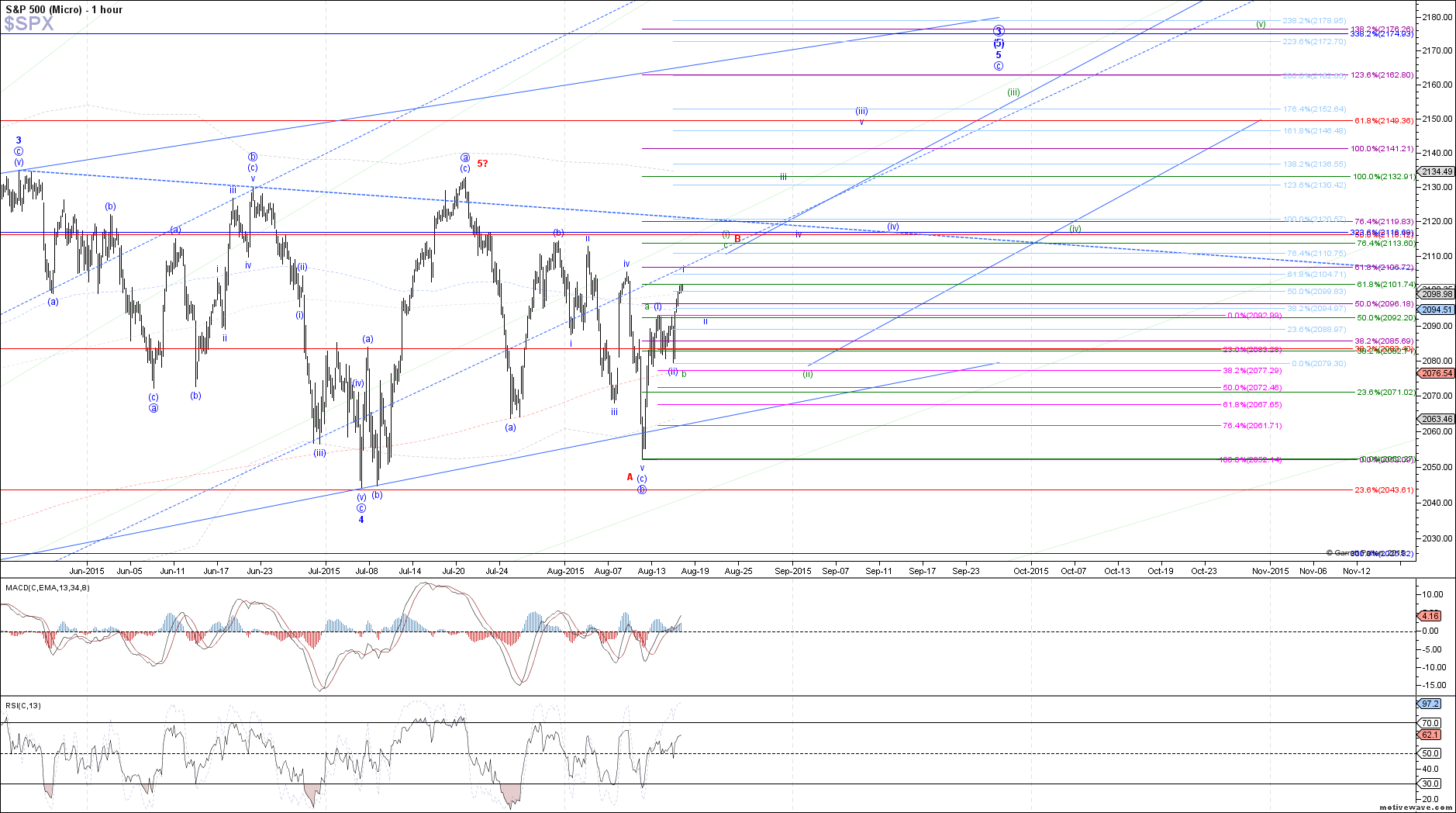