Friday's spike down in futures was short lived after ES staged a strong move up through downtrend line resistance today, carrying price almost all the way back to last week's high. While I am not going to completely rule out a truncated bottom for wave b of 3 in the ending diagonal count off the October low, and the start of wave c of 3 to new all-time highs already, there are still perfectly reasonable interpretations of this pattern that would suggest that the corrective action off the February high as wave b of 3 has not completed yet.

Under the two most likely scenarios in which wave b of 3 is not complete, I see strong resistance between last Monday's high at 2081.75 and 2089.50, where I would expect some sort of pullback to ensue. The blue count remains the same WXY structure off the February high, only the c-wave of (y) has not started yet as previously thought, and price should complete wave b of (y) in the resistance region cited. The c-wave of (y) would still carry price down below the March lows to the targets outlined in Avi's weekend update.

The second scenario, illustrated in red, would be a large b-wave triangle that started from the February high, and is currently in wave (d). This would allow for more near-term upside from here as well as mean that we would not be making a new low below the ones in March, but would retrace back close to those levels in wave (e). If price is in wave (d) of the red b-wave triangle, it should be completing wave a of (d), needing a pullback in wave b before turning back up to come close to, but not exceeding the March high.

The difference between the two counts will be the nature of the pullback, assuming price respects the resistance region outlined by the blue box. If clearly corrective into retrace support, it would argue for a b-wave in the red count, and we may attempt a long entry for the red c-wave of (d). Otherwise, if price starts to decline impulsively, it would argue for the blue count instead, and suggest that we are still going to see one more low before wave c of 3 takes hold. 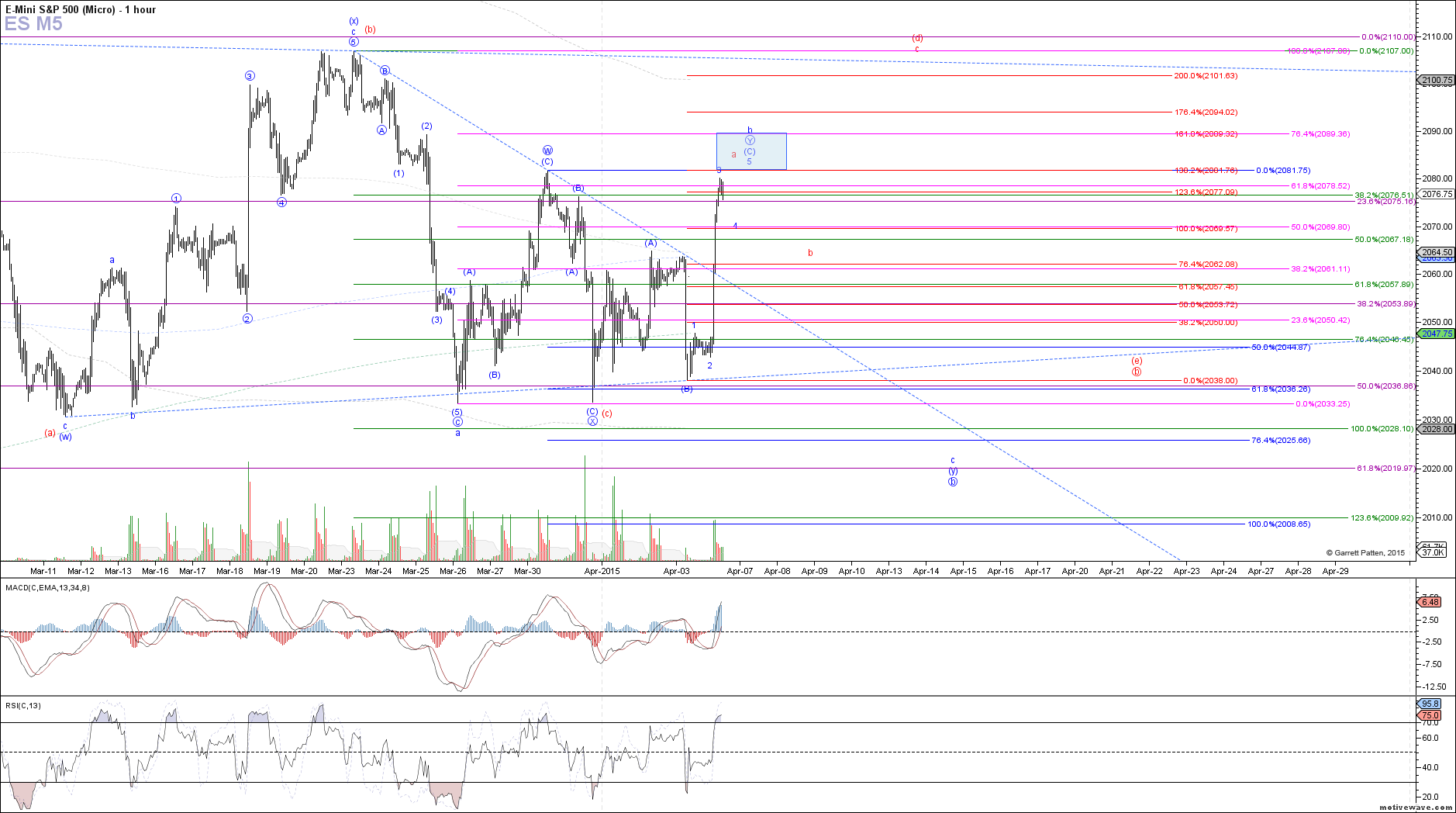