After a micro 5 waves down from yesterday's high, the market followed through lower today as expected. Under the bullish blue count, this decline would count as a c-wave or y-wave of wave (ii). The former would need one more local low to complete whereas the latter would already be complete.

If SPX can manage to hold today's low and make a sustained break above 2090 SPX, it would signal that we have likely struck a bottom in blue wave (ii) and are heading to a new swing high in wave (iii) next. Otherwise, below there and we can still see one more local low below today's low as a 5th of c in blue wave (ii), with 2069.50 SPX as the next support.

Any break below last week's low would invalidate the immediately bullish blue count, and would increase probabilities that a top has been struck already for the year as primary wave 3, placing us in a much larger correction as primary wave 4 already. 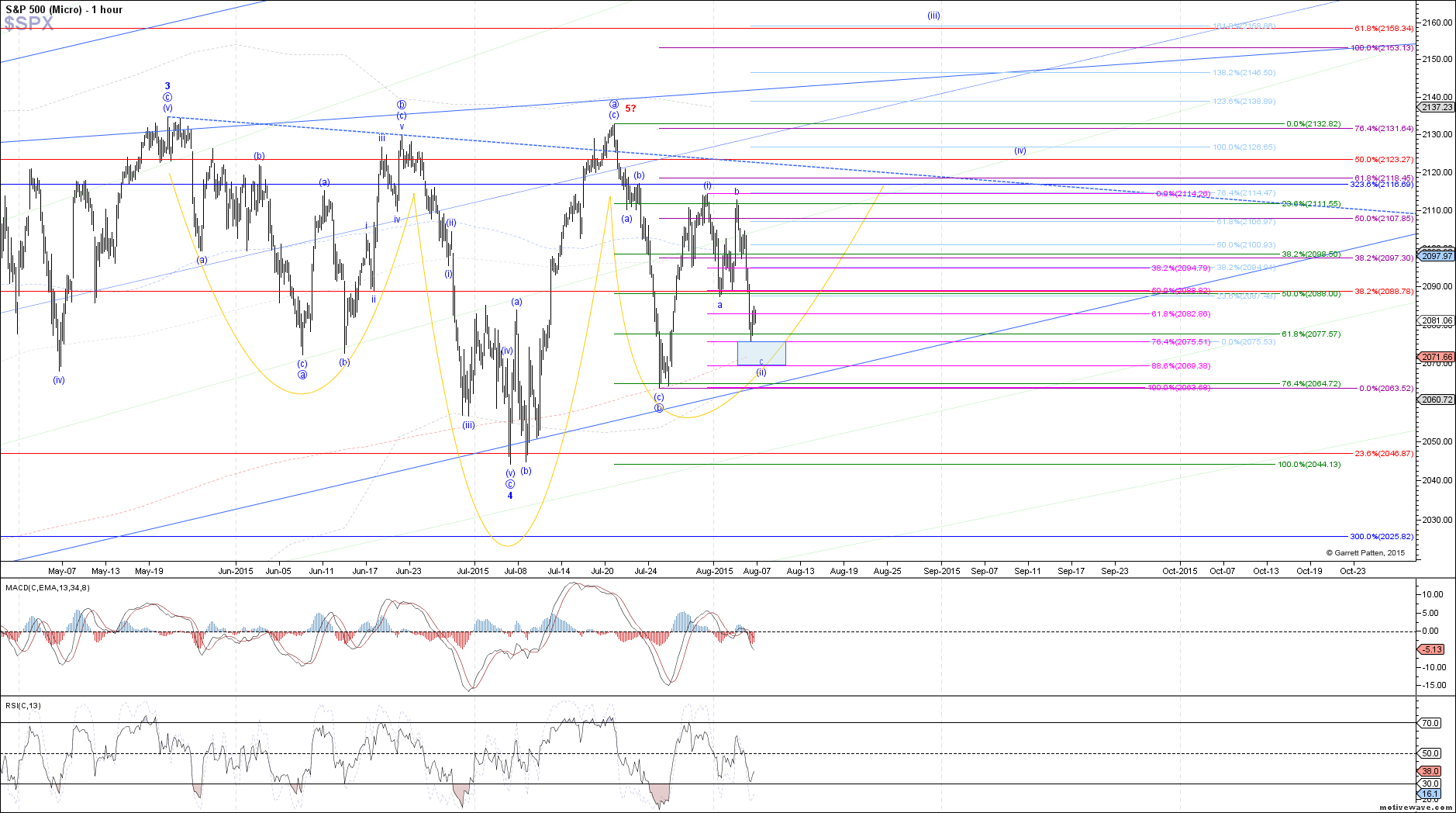