The market rebounded strongly today, exceeding the 2440 SPX signal level cited this morning. Since the futures (ES) traded initially lower after yesterday's close and did come very close to re-testing the June 9th low, it effectively satisfied the wave iv of (iii) under the near-term bullish red count described in yesterday's update.

Therefore, along with today's strong rally erasing yesterday's drop, the red count appears to be in control still with price now potentially starting wave v of (iii) that can take price up to 2470+ SPX. If so, then we should hold above yesterday's low on any consolidations, heading up above Monday's high at 2450 SPX next as further confirmation.

Otherwise, based on the size of today's bounce, if the near-term bearish blue count is somehow going to make a comeback, it would likely be limited to an ending diagonal now for the c-wave of (iv), and price would currently be in wave 2 of c. However, we would need to see a break below yesterday's low in order to put probabilities in its favor over the red count at this point. 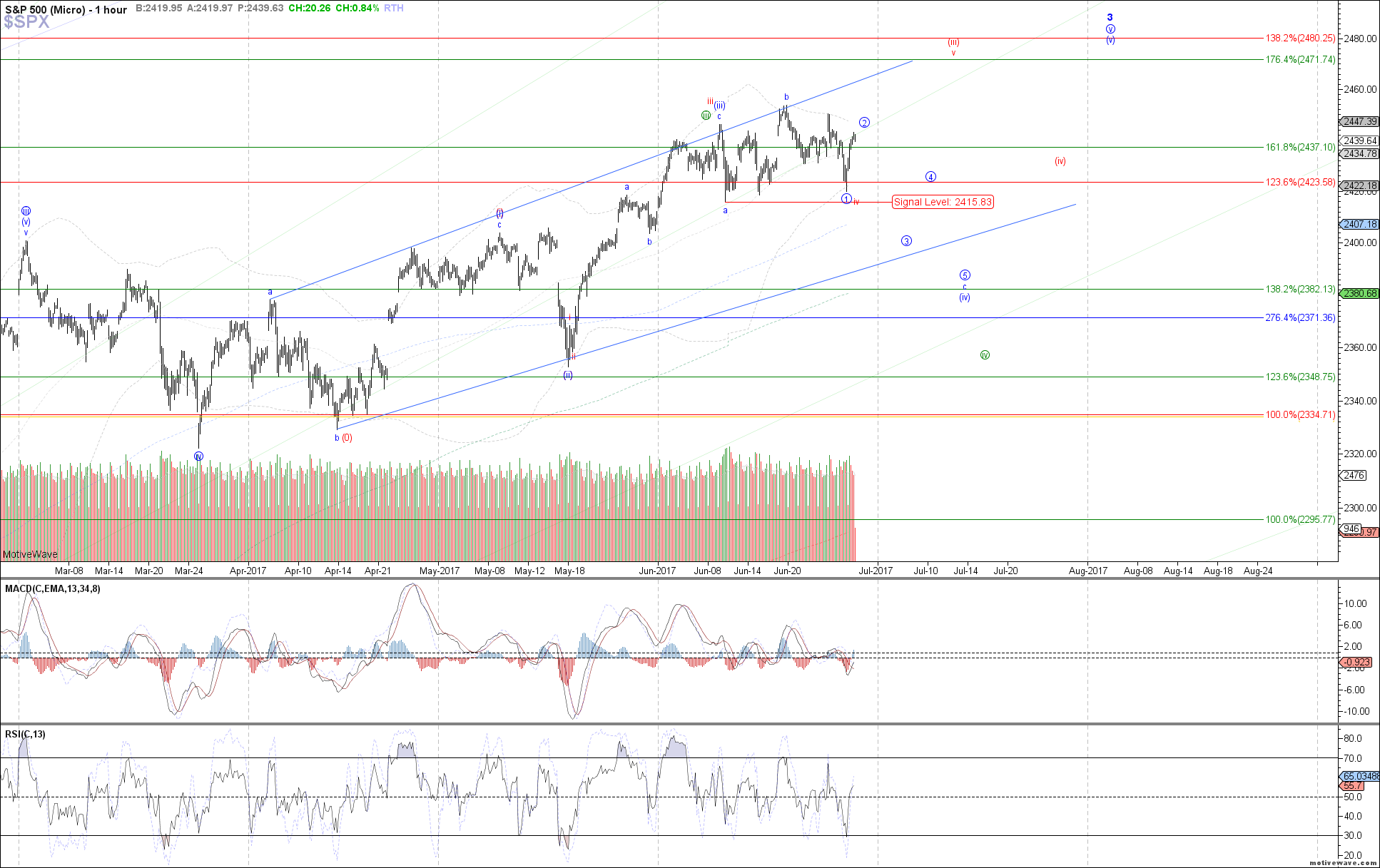 $SPX - Micro - Jun-28 1131 AM (1 hour)
Garrett Patten is a senior analyst at ElliottWaveTrader covering both U.S. and international equity indices as well as stocks.