The SPX has staged a strong reversal off today's low, breaking past resistance that should have held in the standard impulse micro count as an extended 5th wave down from last Thursday's high. If you've been following along on the board today, the price structure off today's low can even be interpreted as 5 waves up as it currently stands now.

This action has led to a resounding comeback for the ending diagonal interpretation down from last Wednesday's high, which was presented in the wave alerts yesterday and this morning. This means that we can consider a local bottom in place again, as either wave (v) of c in the blue WXY count or wave (c) of iii in the ABC red count.

If a local bottom has indeed been struck, then price should be starting at least a corrective bounce in the red count as wave iv of the ending diagonal C-wave, heading back up to 1889.50 - 1961 SPX from here. However, we are still in the early stages of confirming this path, so please remain nimble in the event that evidence starts to shift in favor of something else playing out instead.

In order for continued upside from here to remain probable, we should not see a drop back below 1830 SPX now, or else it would be a warning sign of something more immediately bearish. Otherwise, we will watch how this structure off today's low develops in order to determine whether it is corrective as part of red wave iv or impulsive as something more bullish under the blue count. 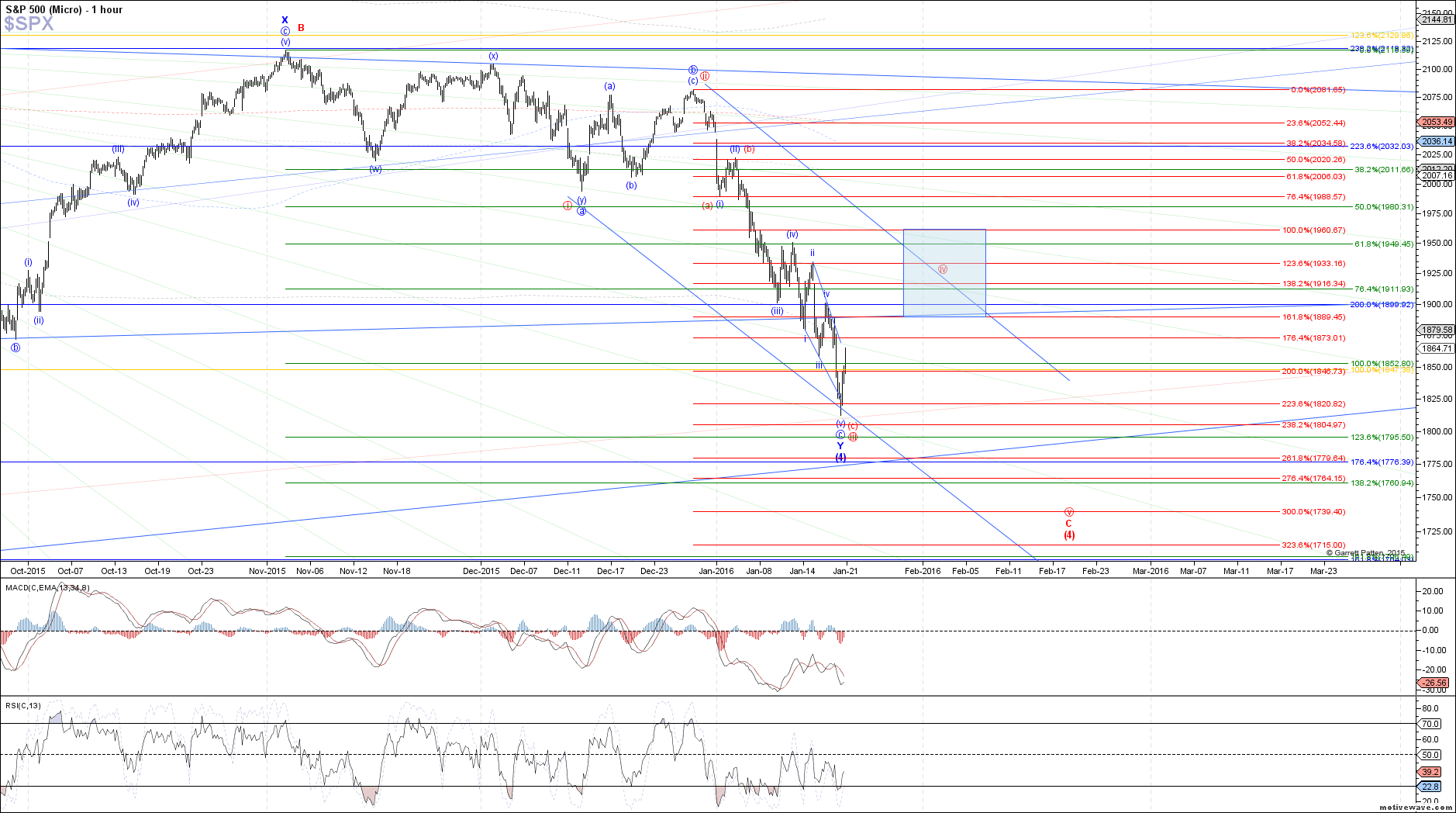