Today the SPX dropped initially lower to tag the first fib support cited in this morning's update at 1880, and quickly reversed strongly back up from that low. As noted in one of the wave alerts sent out after we reversed off the low, this action is strongly suggestive of a local bottom in place as either wave v of (iii) in the red count, or possibly wave C in the blue triangle count still (the red path remains preferred until a break above 1954 SPX though).

The target region cited for wave (iv) in the red count is 1933 - 1954 SPX. So far price has tested the underside of that resistance on this bounce, so it is technically possible that red wave (iv) is already completing. However, given that we had a relatively quick and shallow wave (ii), based on alternation we will assume that wave (iv) in the red count should take longer to complete than one day. Therefore, my preferred path from here is that today's high completed only an a-wave of red (iv), and tomorrow we will see a corrective retrace in a b-wave back to roughly 1914 - 1900 SPX. However, there are a few different interpretations of the structure off today's low, so I cannot guarantee that path.

Otherwise, if price continues to climb higher from here overnight, 1954 will be a big test tomorrow for the red count, since we should not see a sustained break above there if one more low is still coming as a 5th wave. Therefore, if a sustained break above 1954 is seen tomorrow, it would be the first indication that probabilities are shifting in favor of the blue count as the start of wave D in the triangle, which can take price back up near the November high. Confirmation of the blue count should happen above 1967 SPX. 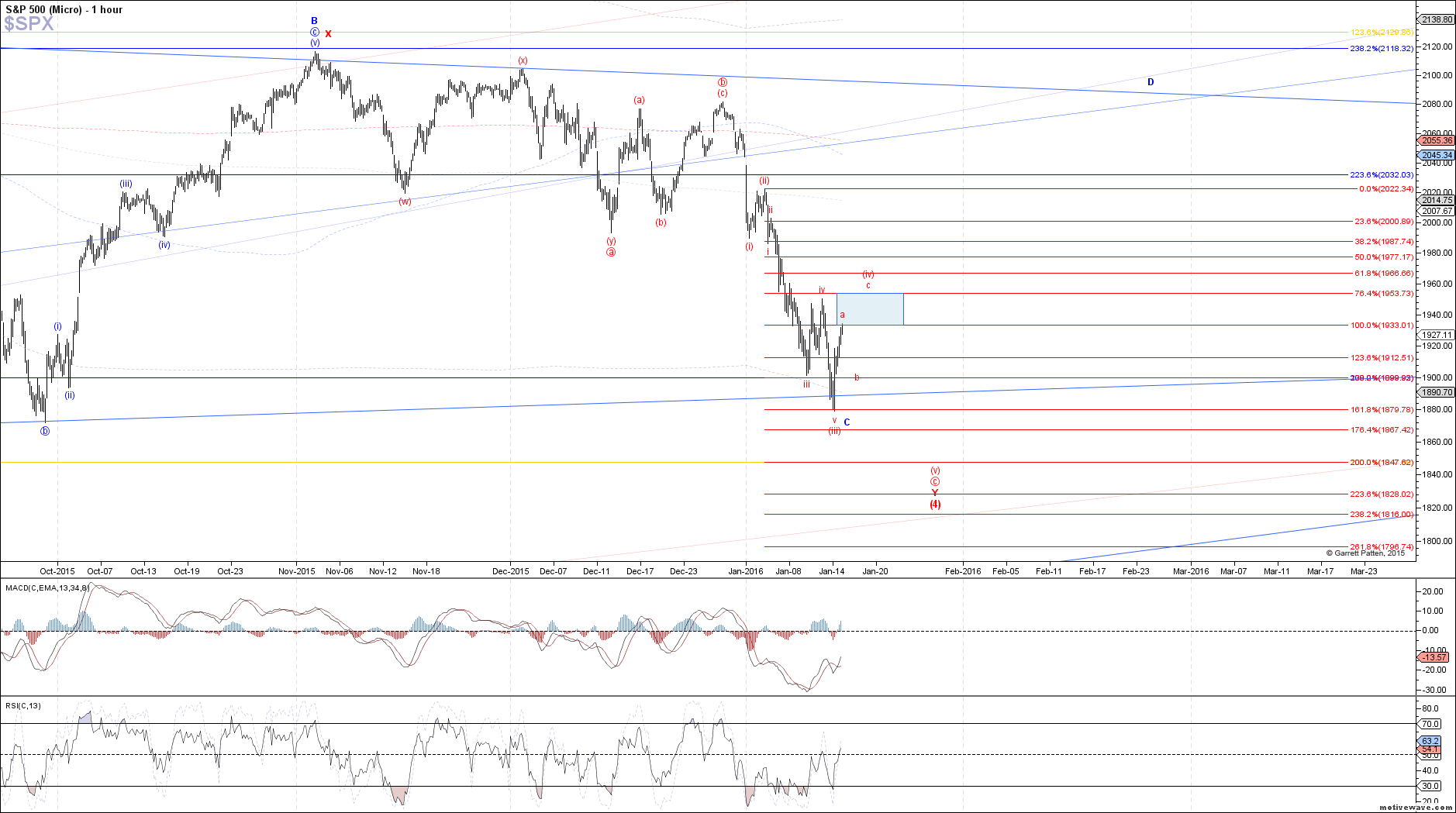