After the initial spike up this morning, the rest of the day was relatively dull for the SPX, as everyone awaits the Brexit vote this evening. With a major catalyst like this poised to bring some volatility back into the market, one ought to have a considerable edge if planning to make any big bets. Unfortunately at this juncture, I don't see that edge, at least in the short-term. Under the two potential counts proposed, both should be putting in a local top soon for at least a corrective retrace that holds above the June low as blue wave (ii). However, a spike higher before hand, even above the June high is possible, especially if it is going to be followed by a strong reversal under the red count for a b-wave top of an expanded flat wave 2. Therefore, unless you are holding longer-term swing positions and won't be bothered by the shorter-term whipsaw likely coming, waiting until the dust settles may be the best strategy here. 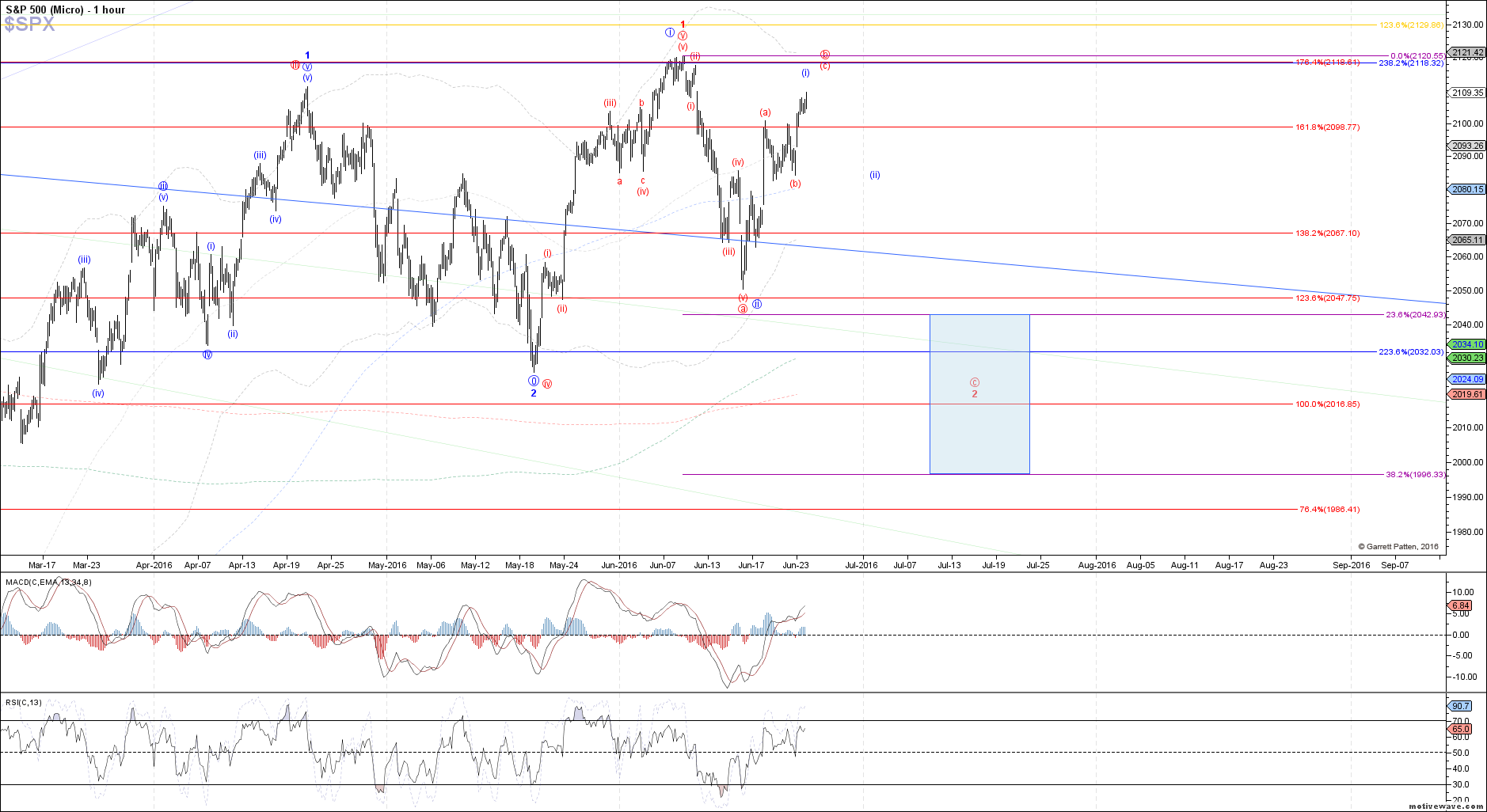